Friends, today in New York there was a seismic shift in the climate movement. In its report Huffington Post estimated more than 400,000 people were on the street. Our message was clear. We want action now and we’re not going away! This is just the beginning. 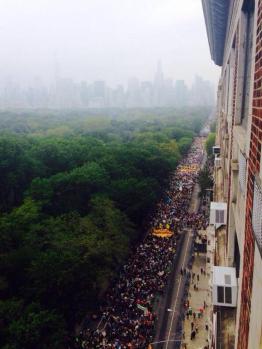 I was in the Faith block. When we first arrived it was pretty spacious, but we were a few hours early. By the time it was our turn to march I was squeezed in check by jowl with Buddhist friends and barely able to move, such was the volume of people. (Fortunately it got more spacious as we began to march!) We were a happy, joyous, bunch, but also determined. We are the immune system of the Earth rising…I’ll have more to say but it’s late into the night and time to catch some sleep, so here’s two pics for now…Oh and an update from the UK and a brief snippet around the world. 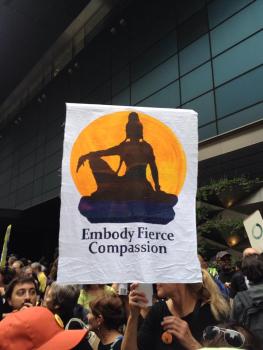