The Sacred Feminine interview with North Atlantic Books, publisher of Thanissara’s book Time To Stand Up, An Engaged Buddhist Manifesto for Our Earth

Q: What role does the sacred feminine play in addressing our time of environmental crisis?

A: Well firstly, investing in women is one of the best ways to generate a positive force for change. Many studies show that when women are empowered financially, it increases the well-being of their families and communities. Offering educational opportunities and scholarships to girls also gives them a better opportunity to influence society. Educating women around political power and voting rights is also essential. Women who act as conduits for the sacred feminine are desperately needed on the political stage and in the halls of power. 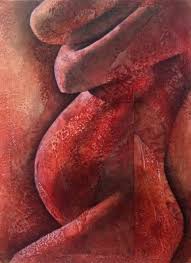 To ensure a sustainable Earth for future generations, there has to be some way of moderating population. The best way to do this is to educate girls, and boys, around reproductive processes, and parental responsibilities. In particular, it’s important to empower women by allowing them full access to birth control methods, and power over reproductive choices. It is a travesty that this basic right is still unavailable to millions of women due to patriarchal religious views, or misogynistic

On a more personal level, we, as women, have to learn to access the power of the sacred feminine and use it well. Sometimes, because of generational repression and abuse, our ways of using power can be manipulative. Deeply held anger, which is socially unacceptable for women to express, makes us resentful or passive-aggressive, or we collapse into depression and helplessness. All of these symptoms can be worked through once we understand that the core issue is the reclamation of power, truth, and an authentic voice.

Overall, the success in overcoming our environmental crisis will depend, not just on new technologies and systems, but a radical change of consciousness. The new consciousness is one infused with the sacred feminine, which is as old as the earth, immanent within all life, and intimate within all beings. I believe, when we tune into her mysterious promptings, we will find our part to play, personally and collectively, in overcoming this unprecedented global crisis.

Q: How do you see feminism changing in the 21st century, in terms of making sure it supports and is supported by people of all races and gender identities? How far do we still have to go, and how do you think we each can work to get there?

A: Another good question! I tend not to project into the future, as it’s so uncertain. But it’s important to acknowledge that there are extremely malignant powers at play these days, which threaten everything we hold dear. We’re in the midst of a terrible battle that is playing out on so many levels. What is at stake is the ability to secure a feasible future. We should not underestimate the deep psychotic patriarchal dinosaur that in its belligerence and hatred would rather see a burnt and tortured Earth than give up its quest for

domination. In the face of that, we can’t take the hard-won rights and liberties of the last century for granted.

It’s up to all of us to do what we can to safeguard the future. This also means acknowledging the plight of those reeling from the impact of a warming biosphere, due, in great part, to the high level of resources we use in our entitled lives. We also have to understand that there is no “safe” place, where we can sit out our collapsing world. So we must recognize our common ground, and work together to change what we can. Many from marginalized communities already know how difficult it is to go up against power, so we have much to learn from their struggle.

Feminism is now an issue for everyone. It’s not necessary to have a female gender to understand that. The inclusion of feminine attributes—for example, empathy, mutuality, nurturing, and receptivity—alongside cooperative consensus building, is the bedrock of our new, emerging world. The relationally collaborative energy of the feminine, however, doesn’t necessarily translate into women supporting each other. An aspect of patriarchal wounding is that women are conditioned to support men, and not always each other. So this is something to be aware of as we work to reclaim the sacred feminine in everyday relationships, regardless of gender.

The hierarchies of patriarchal power move in linear, vertical lines, where competitive energies forever undermine deeper trust, alignment, joy, and mutual success. Instead, the healthy feminine moves into circles, shares, and hears into the collective process, and from that, discerns the wisdom from the communal field so it can inform action for the welfare of the whole, not just a few.

As we learn to listen into our own being, through meditative, therapeutic, and body-aware processes, then we’ll better be able to heal and uplift the collective. The new world is emerging, not only from outer changes but also from a deep evolutionary shift of consciousness. While we see the forerunner of this understanding in the work of quantum physics, for example, it is actually old wisdom. This wisdom is articulated well by Zen master Dogenji, when he said, “Enlightenment is the intimacy of all things.” It is this realization that we are being initiated into, and it is this truth that will save our world.